The Hobbit: An Unexpected Score 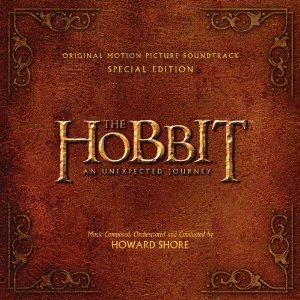 Here it is, my initial thoughts about the score for the first installment of The Hobbit—An Unexpected Journey—with Howard Shore back in the role as the composer. Going straight for the extended Special Edition version of the soundtrack, I sat down and listened for two full hours. Then I listened to the regular version to see if that would make a different experience. It didn’t. Both versions start pleasantly enough with reminiscences of Baggins and the previous trilogy, with a mellow, nostalgic and sentimental sound. After that the music goes on and on and on without really reaching any high point. Of course, the music has its moments, but I was disappointed at their sparsity and short durations.

I wouldn’t describe myself as a die hard fan of the previous trilogy, but I’m certainly not among the purists who automatically denounce a movie if it doesn’t follow the book to the letter. The movie version of The Fellowship of the Ring was especially enjoyable, and I listened a lot to its soundtrack which still ranks highly with me. My only quibble was that some of the best themes were underused. In The Hobbit, the best themes are rehashes from the previous trilogy. However, I also noticed some influence from Shore’s score to the 2004 Scorsese picture The Aviator, which was a pleasant surprise. Compared to the Fellowship soundtrack, The Hobbit is less inspired and elaborate with a larger portion of uninteresting background music, and gives a less coherent listening experience.

In a recent interview the movie’s director Peter Jackson made a slip of the tongue and disclosed that he’s tired of Tolkien’s universe, and apparently some fatigue has also crept into the score. To Mr. Shore’s defense it was a near impossible task to meet the high expectations after his solid scores for the LOTR-trilogy, and his work on The Hobbit is still better than much of recent film music. The problem is the feeling of having heard most of it before.

This entry was posted in Soundtracks and tagged An Unexpected Journey, Howard Shore, Peter Jackson, review, soundtrack, special edition, The Aviator, The Hobbit. Bookmark the permalink.

4 Responses to The Hobbit: An Unexpected Score