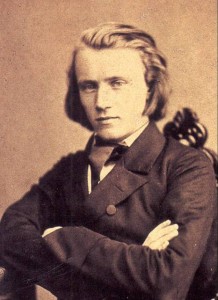 Yesterday I attended a performance of Brahms’ Ein deutsches Requiem, with Trondheim Symphony Orchestra and conductor Eivind Aadland. I had listened to the work—or more correctly—started to listen to it several times on CD, but never got any further after the second movement. So I thought the concert last night would be as good an oppurtunity as any to sit down and get through it all.

After a good first and the brilliand second movement I waited for the next great musical ideas to appear, but I waited in vain. Not even the seventh and final movement had that extra brilliance. So—and I know I’m going to insult some Brahms-geeks here—I just wanted to share that I think the requiem would have been a better composition without the movements following the second. After all, that movement sounds pretty conclusive musically (I don’t care about which words they’re singing), and then you won’t get tricked into sitting there for a CD’s length waiting for something that never comes.